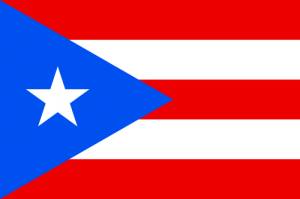 Lost in the extensive coverage of the 2012 U.S. Election is the recurrent and important issue of Puerto Rico’s relationship to the U.S. On Tuesday, the Puerto Rican electorate appeared to endorse statehood in a two-part non-binding referendum. Fifty-four percent of voters prefer changing Puerto Rico’s status from the status quo, and 61 percent of voters supported statehood. “Sovereign free association” garnered 33 percent of the vote, and independence only five percent. Puerto Rico is currently an unincorporated organized territory of the U.S. with “commonwealth” standing, a status that brings with it a complicated set of rights and privileges.

The two-part nature of the referendum question means that the results may not be the ringing endorsement of statehood that backers of the proposal had hoped. Of the 54 percent favoring a change in status, many could have desired either independence or sovereign free association. Likewise, of the 61 percent of voters statehood as opposed to independence or sovereign free association, many might actually want to retain the status quo. . Overall, the results seem to be compatible with previous statehood referendums and likely do not reflect any profound change in public opinion.

The 2012 Puerto Rican status referendum’s wording has come under harsh criticism, even from supporters of statehood. Pedro Rosselló, the former Governor of Puerto Rico and a longtime backer of statehood, feels that the referendum’s wording will cause “an indefinition that, in the end, will bring more of the same: the continuous status quo.” Nevertheless, most pro-statehood politicians appear to accept the results.

The next move belongs to the U.S. government, though it remains unclear when that move will occur and what form it will take. If Tuesday’s referendum is taken as an endorsement of statehood, Congress will need to decide on whether to admit Puerto Rico as a state. President Barack Obama, as well as leaders of both political parties, have promised to support Puerto Rico’s self-determination, though with the results of the two-part referendum open to interpretation, it is not certain what either the President or Congress will do.

Puerto Rican Governor Luis Fortuna, a backer of statehood, supports both the referendum and the pro-statehood interpretation of its results. He has promised to hold a constitutional assembly in 2014 followed by plebiscite, the necessary next-steps for statehood. Unfortunately for statehood-proponents, Fortuna lost his bid for reelection to Alejandro Garcia Padilla, who favors the status quo.

Even if the current referendum goes nowhere, a firmer resolution to the question of Puerto Rico’s status appears likely within the few years. The United Nations Special Committee on Decolonization has asked several times since 2006 for the U.S. to “allow Puerto Ricans to fully exercise their inalienable right to self-determination and independence”. The U.S. government agrees, and has responded with a flurry of reports and investigations over the last few years. The report (pdf) published by the President’s 2011 Task Force on Puerto Rico’s Status argued for a two-stage referendum by which voters would first decide whether to remain part of the U.S., either as a state or remaining as a dependency. Then, if the independence option is turned down, a second vote would have the electorate chose between statehood and the status quo. Most likely a clear referendum like this one will be necessary for the U.S. government to act.