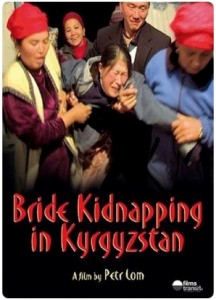 The forcible abduction of women for the purpose of marriage has long been common in Kyrgyzstan. According to a recent Eurasia.net article, almost half of all wives in some provincial towns were “non-consensually kidnapped.” The practice is illegal in Kyrgyzstan and violates Islamic law, but many local Muslim clerics are willing to legitimize such unions. A bill in the Kyrgyz parliament designed to eliminate the practice recently went down to defeat, in part because many legislators remained absent. The bill reportedly failed to gain widespread support because male members of parliament feared that it would also be used to crack down on polygamy. Polygamy is also illegal in Kyrgyzstan, but it is increasingly common among the wealthier members of the society.

According to the Eurasia.net article, clerics usually bless such “marriages by abduction” after the kidnapped women agree to it, but such “agreement” often follows rape and other acts of violence and coercion.