Canadian news sources have been proudly announcing the fact that the province of Saskatchewan posted a population growth rate of 6.7 percent over the past five years, after having declined by a 1.1 percent rate between 2001 and 2006. Reports emphasize the international origin of many of Saskatchewan’s new residents, with China, India, Pakistan, and the Philippines figuring prominently. The province, boosters claim, “is becoming increasingly diverse, dynamic and cosmopolitan.” Many newcomers do, however, report difficulties adjusting to the winter climate. 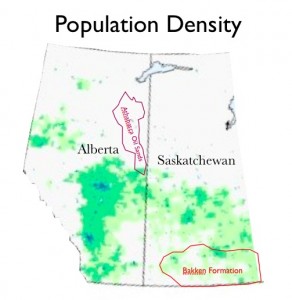 Saskatchewan’s recent growth represents a major departure from historical patterns. As can be seen in the paired graphs, the province has experienced relative demographic stability for decades, much in contrast to neighboring, oil-rich Alberta. But Saskatchewan is now riding the energy boom as well. Although Alberta’s famous (or infamous) oil sands do not extend into the province, the Bakken Formation, usually associated with North Dakota, does. Until recently, the massive oil deposits in the Bakken were not economically recoverable. Now they are, thanks the environmentally problematic fracking techniques more commonly associated with natural gas. 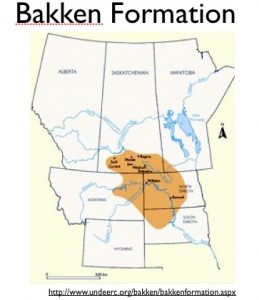 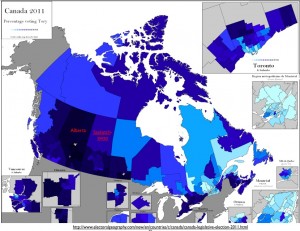 It will be interesting to see what the oil boom does to the political culture of Saskatchewan. The province has a long heritage of social democracy, rooted in agrarian populism, although its voting patterns have been trending in a more conservative direction in recent year. But Saskatchewan still has a very different political culture from that of neighboring Alberta, as can be seen on the map. Alberta is by far the most conservative Canadian province, as reflected in its nickname, “the Texas of Canada.” An increasingly energy-based economy in Saskatchewan may generate more conservative attitudes there as well, although such tendencies may be counteracted by the province’s increasing cosmopolitanism.