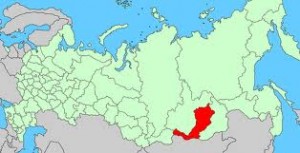 A recent GeoCurrents post noted California’s Mendocino County and Lebanon’s Bekaa Valley as major centers of cannabis production. They are hardly alone in that position, however. Other areas of concentrated marijuana production include parts of northern Afghanistan and highland Morocco. Another far less likely zone has just come to my attention: the Russian republic of Buryatia, a Mongolian-speaking area in southern Siberia. Russian officials are now complaining that local cannabis eradication programs are behind schedule. A recent article reports that, “3.3 metric tons of drugs were confiscated in Buryatia last year of which cannabis made up to 95 percent. Cannabis covered an area of 3,400 hectares in the republic last year, 150 hectares more than in 2010.”  Wild cannabis supposedly grows freely in the Lake Baikal area, although it is not clear whether these wild strains are potent enough to sell.