The Anomalous Success of Luxembourg

If the formation of Belgium stemmed from the dynastic maneuvering of pre-Modern Europe, so too did that of its much smaller neighbor, Luxembourg. The Belgians almost always refer to the country of Luxembourg as “the Grand Duchy” to differentiate it from Belgium’s own province of Luxembourg, which covers a larger area. The current Grand Duchy is a remnant of a once sizable and important feudal realm. Its central fortress, deemed the “Gibraltar of the North,” may have been Europe’s strongest. In time most of Luxembourg’s lands were stripped away by France, Germany, and Belgium, but its core became a sovereign state, largely because none its neighbors wanted its territory to fall into rival hands. 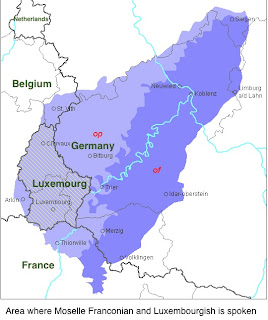 Independent Luxembourg is the world’s only Grand Duchy, a political designation that was once fairly common in Europe. In the pre-modern geopolitical system, some Grand Duchies were basically independent (Grand Duchy of Tuscany), whereas others were subordinate parts of larger states (Grand Duchy of Finland, under Russian domination). In terms of diplomatic precedence, however, all Grand Dukes and Duchesses occupied the same rung: below that of kings and emperors, but above that of other titled figures. Luxembourg today is a constitutional monarchy, its Grand Duke playing a strictly ceremonial role. Until 2008, however, the Luxembourgian monarch could veto proposed legislation. In that year, the reigning Grand Duke refused to ratify a provision allowing euthanasia. As a result, the country’s parliament by-passed the monarchy, deciding that new laws no longer required ducal approval. As a ceremonial institution, however, the monarchy seems to be going strong. Just last week, the 90th birthday of the former grand duke entailed a guest list of 1,400.

As a feudal remnant, the Grand Duchy is not large; its territory could fit into that of France 261 times. At 999 square miles (2,586 square kilometers) it is a bit smaller than Rhode Island and barely visible on a world map. Yet in comparison to Europe’s other micro-states, Luxembourg is a veritable giant; five and a half Andorras, 16 Lichtensteins, 42 San Marinos, 1,208 Monacos, or 5,876 Vatican Cities could fit into its territory. Demographically as well, it is not to be dismissed; its half-million people outnumber those of seven fully sovereign states by more than an order of magnitude. 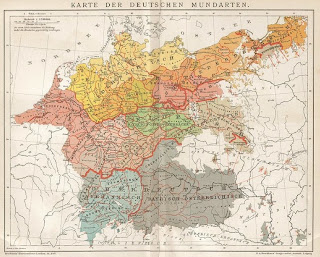 Unlike Belgium, Luxembourg has been able to generate a fairly solid sense of national identity. This process was helped by the partitions of the formerly multi-lingual Grand Duchy, whose French-speaking areas were annexed by France and Belgium. The German-speaking rump-state sought to culturally differentiate itself from Germany by elevating its own local dialect to a national language after World War II. From a linguistic standpoint, Luxembourgish (Letzeburgesch, locally) is a French-influenced variant of a group of local Germanic dialects known as Moselle Franconian. The boundaries between Germanic dialects do not correspond with national boundaries anywhere in the greater Netherlands, as the 1890 German dialect map posted above shows. Local dialects, however, are in decline, gradually being replaced by national languages. Outside of Luxembourg, Moselle Franconian is yielding to standard German to the east and north and French to the south and west. Inside the country, it is thriving. Due both to its national status and to the fact that speakers of standard German cannot generally understand it, Luxembourgish is now classified as a language rather than a mere dialect. As Ethnologue describes it:

National language. Vigorous. The language of creativity for most. Modest amounts of literature…. All domains. All ages. Pride in ethnic identity and language…. German considered a foreign language, not used with others who speak Luxembourgeois.

Regardless of linguistic pride, Luxembourgish does not take one far. Luxembourg has responded to this potential dilemma with an official policy of trilingualism. German and French also have official status in the Grand Duchy, and fluency is guaranteed by the educational system. Schooling begins with classes entirely in Luxembourgish, transitions gradually to German by grade six, and then transitions again, this time to French, in secondary school. English instruction is also compulsory, making Luxembourg effectively a quatrilingual society.

Luxembourg is widely noted for its wealth. In terms of per capita GDP (PPP), the CIA ranks it third (after Lichtenstein and Qatar), and the IMF puts it second (after Qatar), but the World Bank deems its people the wealthiest in the world. Like southern Belgium, Luxembourg once relied on heavy industry, especially steel-making. Unlike southern Belgium, it successfully transitioned to a post-industrial economy founded on finance. Luxembourg today is classified as the world’s second largest “investment fund center,” trailing only the United States. Luxembourgian finance is secretive and often shady, leading to extensive criticisms. According to the Wikipedia, “Concern about Luxembourg’s banking secrecy laws, and its reputation as a tax haven, led in April 2009 to it being added to a “grey list” of nations with questionable banking arrangements by the G20.”

Luxembourg is hardly alone in allowing “questionable banking arrangements.” Many of the world’s more dubious financial practices occur in dependent territories and micro-states, where local governments take advantage of legal autonomy to attract hot money, tax dodgers, and regulation-shunning corporations. In Europe, miniscule Lichtenstein out-does Luxembourg in several respects, giving it a per capita GDP of $122,000 according to the CIA, dwarfing that of the United States (at $46,400). A recent opinion piece from India’s Express Buzz notes that “Lichtenstein … has more registered companies than citizens,” and estimates that the world’s various tax havens together “hold 26 per cent of [global] wealth (estimated deposits US$8 trillion).”

Europe’s feudal remnants, incongruous bits of territory that escaped state-building aggregation, are often viewed as quaint anachronisms. But Luxembourg and Lichtenstein can also be viewed as highly important and utterly modern geo-political formations: small places that have leveraged their anomalous sovereignty into lucrative positions in the global financial system. Whether the roles that they have carved out for themselves serve the interests of the world at large is another question.