(Note to readers: My recent blog post on television and fertility in India has attracted some attention, including a detailed critique on the blog Challenging Civilization. This post is my response to this critique.)

First, I would like to thank Tom Smith at Challenging Civilization for taking the time write a thoughtful critique of my blog post on television and fertility decline in India. Unfortunately, however, Mr. Smith makes claims about my post that cannot be substantiated. I made no direct statements about Mr. Smith’s views on population growth, nor did I make any implications about them. I merely cited his blog post as evidence that some radical environmentalists look favorably on Jerry Mander’s arguments for the elimination of television.

As my post did not elaborate the precise forms of economic development that I advocate, his claim that “The growth-based, resource-intensive development model which Lewis would like us to follow faces the double bind of a peak in the oil …  and needing to drastically lower CO2 emissions” is unfair. In actuality, I strongly support a transition to a post-fossil-fuel economy, both for India and the rest of the world. I do champion economic growth, but I must emphasize that the continual expansion of the economy entails an increase in the value of goods and services produced, and not necessarily an incessant increase in the use of resources and energy. In many instances, the dematerialization of economic processes results in increasing value as well as declining demands on the natural environment. Video conferencing, for example, takes a much smaller toll than actual travel to meetings. By the same token, my blog posts, like those of Tom Smith, use less energy and resources than conventional print journalism.

Smith’s data on television in India are also misleading. Figures from 2001 are significantly out of date, and any data given for India as a whole misses the profound regional disparities that my article emphasizes. Similarly, linkages between rates of decline in fertility and television viewership need to be made at the local level, not at that of India as a whole. And besides, Indians often do watch television in the houses of their wealthier neighbors, “packing like sardines.” In fact, a lot of small-scale entrepreneurialism is encountered here, as many TV owners charge a small fee to visiting viewers. It is also misleading to imply that India lacks occupational and social mobility. Despite the caste system, such mobility is increasingly common, although it is vastly more pronounced in cities than in the countryside, especially those in the economically and socially progressive regions of the south and west. Even in countries more highly developed than India, moreover, communal television viewing can be widespread. As my blogging partner Asya Pereltsvaig notes from her own personal experience, “In Russia, people packed into the same room to watch TV even when—and even more so when—they lived in communal apartments, one family per one room, several families sharing bathroom and kitchen facilities.”

Smith’s warnings about the possible detrimental effects of television are valid. But the issue here is not mere viewing, but rather the extent of viewing. As Paracelsus, the “father of toxicology,” noted in the early 16th century, “All things are poison, and nothing is without poison; only the dose permits something not to be poisonous.” Incessant television watching can no doubt be toxic, but in moderation the practice can be beneficial, depending of course on what one chooses to watch.

In many countries, and especially the United States, a major shift has occurred over the past decade in regard to the social acceptance of homosexuality. Television, I suspect, has been highly influential here as well, as many shows now portray gay and lesbian people as normal characters, with the same charms and foibles as everyone else. A prime case in point is the delightful, creative, and often hilarious American situation comedy Modern Family.

And finally, when it comes to proposals for banning television, basic issues of human freedom must also be taken into account. Only a repressive government could, or would, seek to prohibit television viewing. Of course repressive governments often use television for their own propaganda purposes. The key issue here is thus programming freedom. Here I am reminded of Iran’s feckless policy of prohibiting satellite dishes, done in order to try to keep out Western television and its supposedly nefarious influences. As recently reported by France 24:

Iranian police have launched a new crackdown on satellite dishes, which many Iranians, especially in the capital, use to watch TV channels broadcasted from abroad. The police do this on a regular basis, but, despite changing tactics, our Observers in Tehran tell us this is a losing battle. Though satellite dishes are banned, Tehran’s rooftops are littered with them. The police regularly confiscate them, and, approximately once a year, launch a major crackdown. 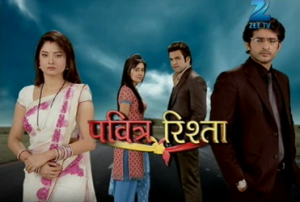