Valencia and the Països Catalans Controversy 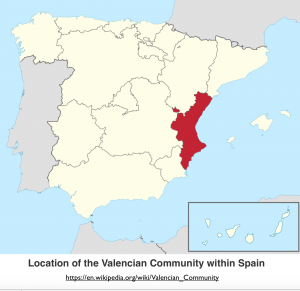 Five days before the recent regional elections in Catalonia, the Archbishop of Valencia, Antonio Cañizares, gained attention and generated controversy by urging Catholics to “pray for Spain and her unity” while also arguing that “Spain is bleeding out” and that “there is no moral justification for secession.” It is not surprising that such sentiments would be voiced by the Archbishop of Valencia. The region of Valencia (officially, the Valencian Community) is largely Catalan speaking by strictly linguistic criteria and many Catalan nationalists would like to include it in a future independent Catalonia, but most of the people of Valencia firmly reject Catalan national identity. 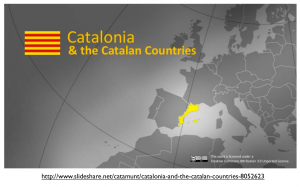 This rhetorical battle over identity and language extends beyond Valencia to include other Catalan-speaking areas outside of Catalonia proper, encompassing a broad transnational region often called Països catalans (Catalan Countries). As the election approached, the rhetoric heated up. As reported in El País:

A suggestion by a Catalonia government official that the region could offer Catalan citizenship to residents of Valencia, the Balearics, parts of Aragon and parts of southern France if it becomes independent has been met with widespread indignation. Javier Lambán and Ximo Puig, the regional heads of Aragon and Valencia, called the proposal to extend Catalan citizenship to all residents of the area nationalists regard as the Països catalans (Catalan countries), because of historical ties, “intolerable” and “senseless.”

“It’s an intolerable lack of respect,” said Lambán about the statements made on Saturday by Catalonia regional justice chief Germà Gordó. “It is a clumsy and irresponsible opinion that not only violates basic legal norms, but also toys with the dignity of an entire region and the feelings of its people, in a display of identity-based arrogance – if you can call it that – with highly disturbing historical overtones.” 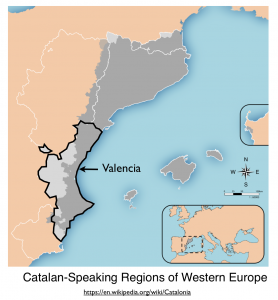 But as the El País article noted, no other members of the Catalan government voiced support for Gordó’s position. Still, his comments reveal some of the deep controversies that undergird questions of regional and national identity in Spain. Gordó made it clear that in his interpretation the Catalan nation is essentially coterminous with the Catalan-speaking region. As he was quoted in the same article:

“The construction of a state must not let us forget the entire nation,” he said, specifying that this greater Catalonia included “North Catalonia [the French areas of Roussillon and Haute-Cerdagne], the Valencian Country, the Strip [the border area with Aragón] and the Balearic Islands.” 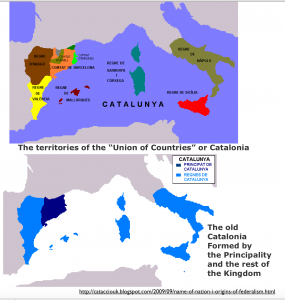 The only part of the Catalan-speaking realm excluded by Gordo is the city of Alghero in Sardinia. Perhaps this was an oversight on his part, or perhaps making potential claims to a portion of Italy was simply a step too far. A few Catalan nationalists, however, would perhaps include within their envisaged domain almost all of the territories ruled by the Crown of Aragon during its medieval height, at least as evidenced by the maps posted to the left. Interestingly, they do not include the lands in what is now Greece that were dominated by the Catalan Company in the 1300s. 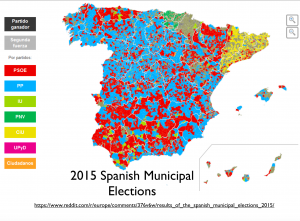 The people of Valencia, as would be expected, have mixed views on the Catalan controversy. Most support the unity of Spain regardless of linguistic considerations. As can be seen in the maps posted to the left, Valencia’s voting behavior tends to mirror that of Spain as a whole, and is such is unlike those of the more separatist regions of Catalonia and the Basque 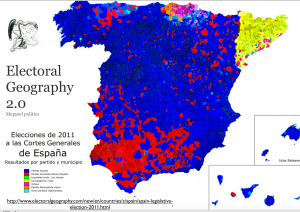 country. But quite a few people of the region do prioritize Valencian identity. According to the Wikipedia, this “Valencianist” group itself is “bitterly divided over the very nature of the Valencian identity, something which is best reflected in the debate over the philological affiliation 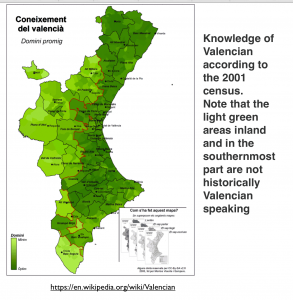 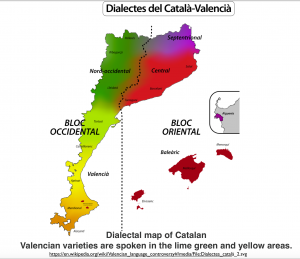 of Valencian.” Some Valencianists simultaneously embrace a larger sense of Catalan identity, although this seems to be a decidedly minority position, with its supporters receiving at best around half a percent of the vote in recent regional elections. Pejoratively called catalanistes by their opponents, members of this group tend to identify with the political left. More conservative or centrist champions of Valencian identity, on the other hand, more often reject the Catalan connection, regarding their Valencian tongue as a separate language (the linguistic position of Valencian is a significant controversy in its own right.) They also generally favor enhanced autonomy within Spain rather than outright independence. The main political group of this movement, the Valencian Nationalist Bloc, currently holds six out of 99 positions in the Valencian legislature (Corts Valencianes) and 384 out of 5,784 elected positions in local governments.

The growth of Catalan nationalism has been associated with a countervailing “anti-Catalan” movement both in Valencia and elsewhere in Spain, as discussed in a Wikipedia article on “Anti-Catalanism.” As noted in the article:

[A]nti-Catalanism expresses itself as a xenophobic attitude towards the Catalan language, people, traditions or anything identified with Catalonia and the political implications of this attitude. In its most extreme circumstances, this may also be referred as Catalanophobia. Several political movements, known for organising boycotts of products from Catalonia, are also actively identified with anti-Catalanism. Anti-Catalanism in its most virulent form is mostly associated with far-right Spanish political parties.

In response to such sentiments, anti-anti-Catalanism statements have also been forwarded. One such view focuses on the arts and other forms of cultural production. As argued in an A*Desk article by Oriol Fontdevila, “Anti-anti-Catalanism is a stance with which to eradicate the ballast that nationalism has placed on certain aspects of Catalan culture, that if on the one hand naturalizes it as a culture of the state, on the other, makes it difficult to place them in correspondence with current challenges and articulate them within contemporary cultural production.”

In the end, all that I can say is that the situation is complicated indeed, and as a result is highly interesting.